Lama shares with the young men of the Live Mentorship Program in Highland Park, NJ 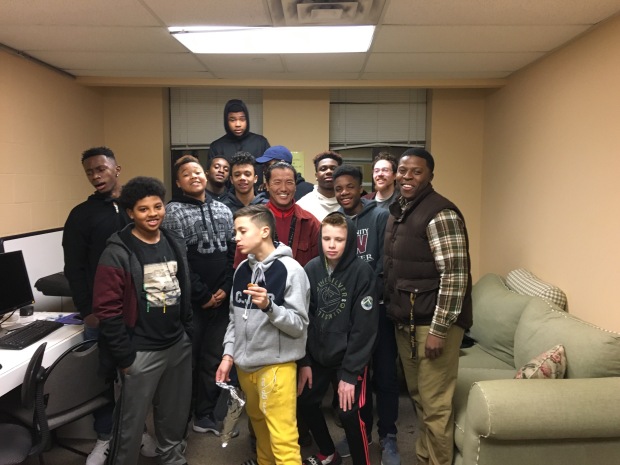 Lama shared with the young men about growing up in the Tibetan Refugee Community in Bir in northern India. The situation of the Tibetan people since the invasion by the Chinese government was spoken about:

1. That the language in school for Tibetan children is not Tibetan, but Chinese.

2. No one is allowed to show pictures of His Holiness the Dalai Lama in public.

3. That many Tibetans died trying to escape or were imprisioned by the Chinese Government.

The young men listened and shared a short meditation with Lama.

Like Loading...
From: Uncategorized
← Lama visits the Buddhist Sangha of Bucks County
Lama sits with yoginis at Tara Yoga in Massapequa, LI, NY →
No comments yet

This site uses Akismet to reduce spam. Learn how your comment data is processed.